This article shows you, how to address Lookalike Audiences on Facebook with Mapp Marketing Automation.

Lookalike audiences on Facebook are groups of people, that are similar to your important target groups (e.g. customers with a high purchase frequency and revenue). They are based on custom audiences, which can be based on remarketing lists - a collection of your website's visitors.

Mapp Marketing Automation can add visitors to these lists in real-time, basing on their usage behavior. With the usage of Mapp 2 advantages over the direct integration of the Facebook Remarketing Tag amount:

In this article, we are going to set up a remarketing list for "High Potential Customers", which are then the base for the Facebook lookalike audience. For doing so, both historical user data, as well as the current in-session behavior, are combined: For the long term visitor behavior, the RFM model is used. The in-session trigger is the addition of a product in the shopping cart.

Therefore, the lookalike audience will be similar to those customers, that recently purchased, generated a high revenue, and have already put at least one product in the shopping cart again.

First of all, a pixel has to be created in the Ad Manager of Facebook. Open the menu and click on "Pixels".

Click on "Create a Pixel". In an overlay, you must give the pixel a name, then confirm.

In order to display the pixel immediately, go onto "Install Pixel Now". You are now able to view the Pixel Base Code and copy it (e.g. into a text file). This code is necessary for the campaign creation in Mapp Marketing Automation. 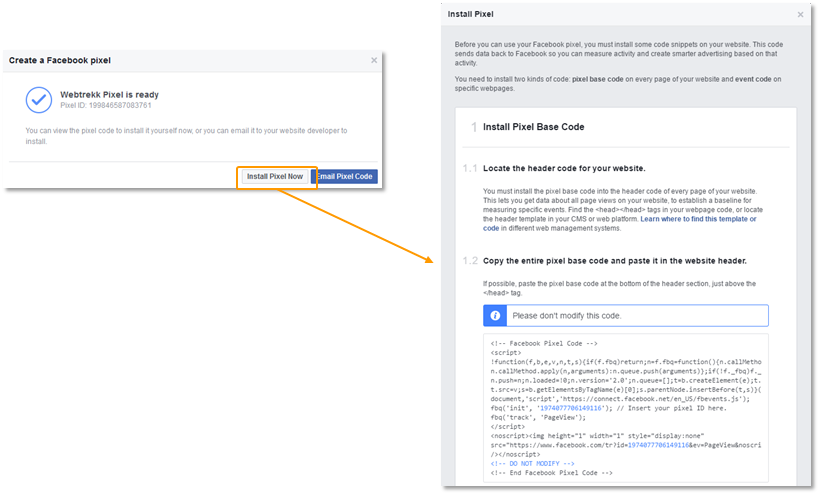 Set up a segment in Segment Manager

The Facebook lookalike audience is based on both historical user data as well as current in-session behavior. It should be similar to visitors of our website, that bought recently and frequently and have already put at least one product in the shopping cart again.
While the in-session behavior (product placed in the shopping cart) is configured as a real-time behavior directly in Mapp Marketing Automation, the long-term view on the user (recent and frequent purchases) has to be set up as a segment in Segment Manager and then imported in Marketing Automation.
As the basis for the long-term user view, the RFM model is used. In our segment of the "High Potential Customers" we want to save users, for which Recency, as well as Frequency and Monetary, depict the highest-scoring values.

The setup in Mapp Segment Manager looks like this:

Set up a campaign for the custom audience in Marketing Automation

Facebook lookalike audiences are based on corresponding custom audiences. For the latter, we set up a campaign in Mapp Marketing Automation.

Use an informative name. This simplifies the later analysis. In our case, we choose for the title of the campaign: "Offsite|RM|Facebook_HighPotential_Lookalike|20170607". 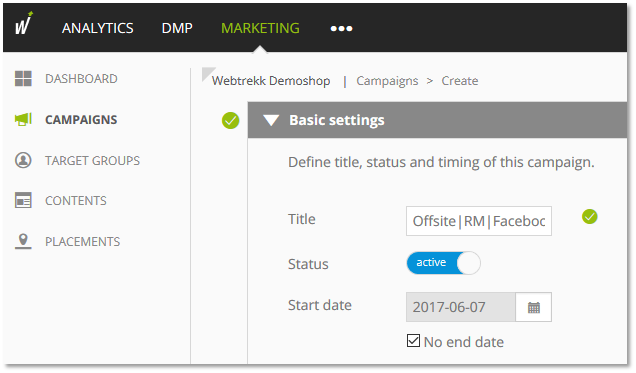 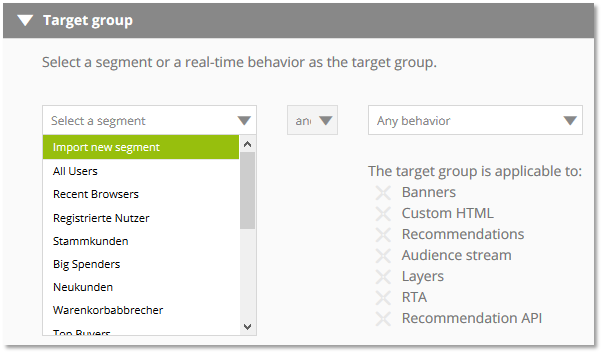 Additionally to this segment, we create a real-time behavior. 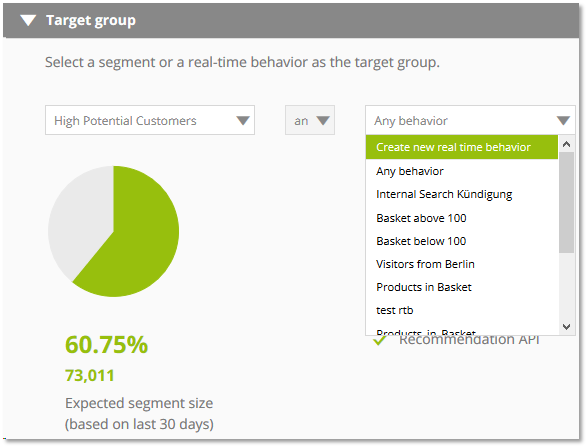 For the custom trigger, define the following rule: All visitors, that placed at least one product in the shopping cart, should be added to the remarketing list.

Filter: "Number of products in basket" 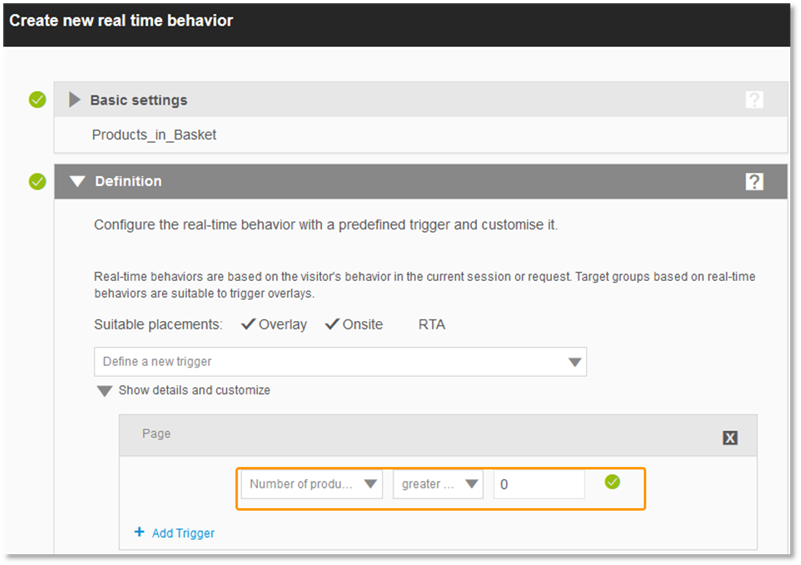 Use an informative name and paste the code copied from Facebook. 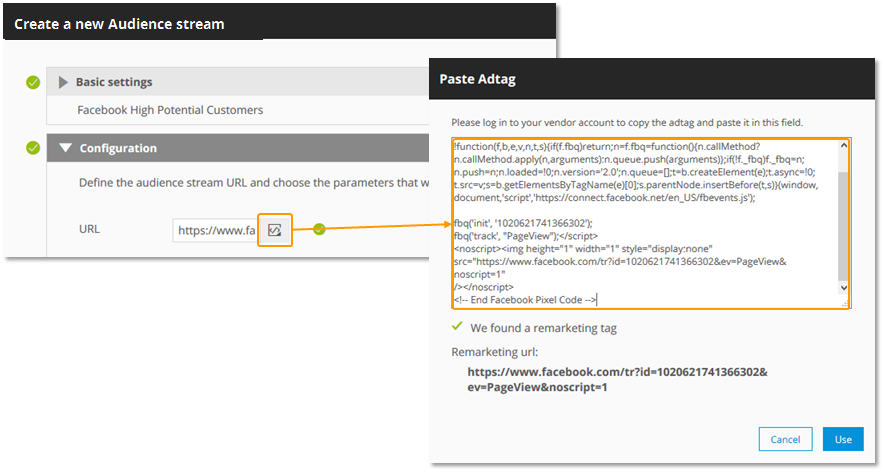 The configuration in Mapp Marketing Automation is now complete. Now you can use this information on Facebook for a campaign.

In order to set up the custom audience, that is the base for the lookalike audience on Facebook, go to the menu again and click on Audiences > Create a Custom Audience > Website Traffic. 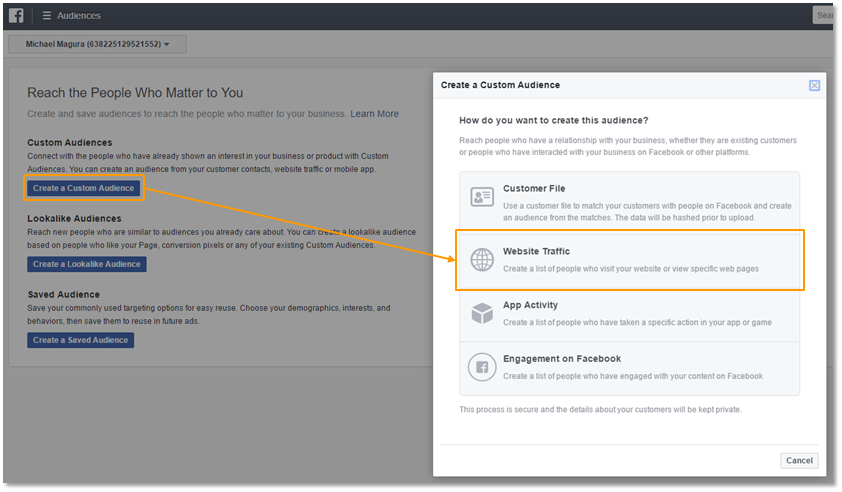 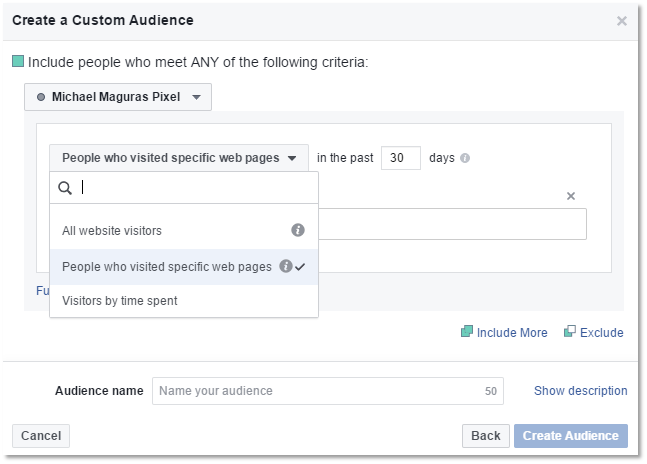 Below "URL contains" fill in the name of the campaign, which has been created in Mapp Marketing Automation, and confirm with "Create Audience". 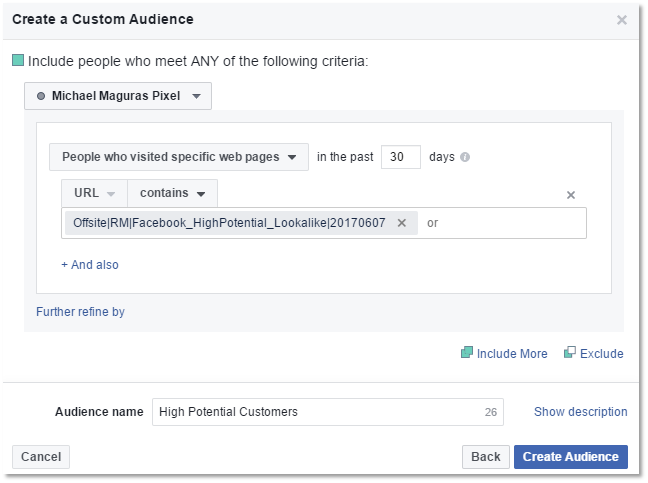 Basing on the custom audience we now set up the lookalike audience on Facebook. For doing so we select Target Groups > Create a Lookalike Audience.

Select the name of the custom audience created before as the source and choose the location as well as the size of the audience. Confirm your setup via "Create Audience". 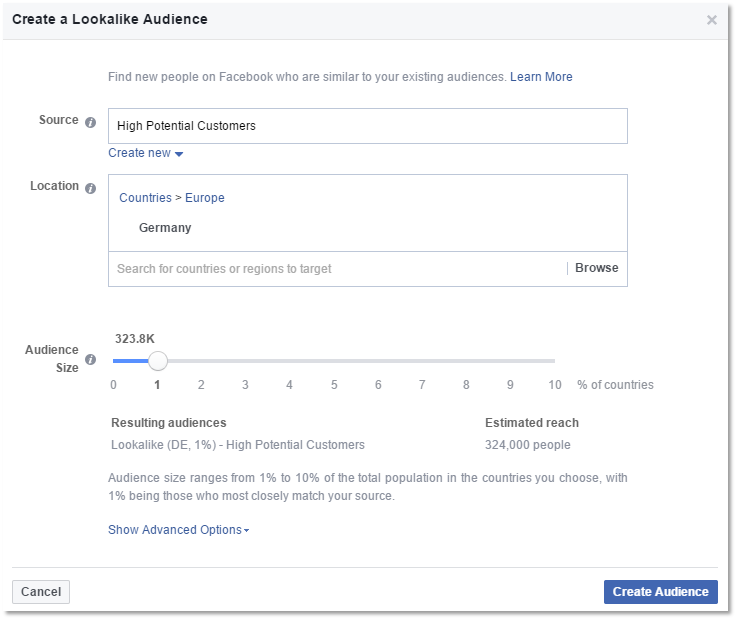 The lookalike audience is now set up and corresponding Facebook ads can be created.

How often has the campaign been triggered?

In Mapp Marketing Automation the metric "Clicks" is available. This shows you, how often the trigger has activated the campaign.

Hint: When a visitor has put several products into his basket, he will be counted multiple times into "Clicks".

How many users have been added to the remarketing list?

If you want to find out, how many unique users have been added to the list, you have to use Mapp Intelligence. For this, click on the button "Explore in Analytics".

Add the metric "Visitors" into the Teaser Performance analysis.