This article shows you, how to track external marketing campaigns with URL parameters. Based on a specific example it is depicted, how you can quickly define and evaluate a campaign in Mapp Intelligence.

Extended information on campaign configuration and analysis can be found in the corresponding training chapters.

In our example, we are going to track a banner, which links to our website via external sites. 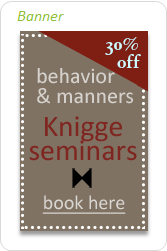 In order to be able to track this banner, a media code (URL parameter) needs to be attached to the target URL of the banner. Furthermore, the target page (landing page) must be tracked with Mapp Intelligence.

Any media code can be selected. However, using a standard parameter for all campaigns is highly recommended.
For our banner we are using the media code "wt_mc=display.30_off.dark".
In our example the media code value consists of 3 parts, each separated by a dot. If we use automatic campaign tracking, each of the parts can be analyzed later on the campaign tree. 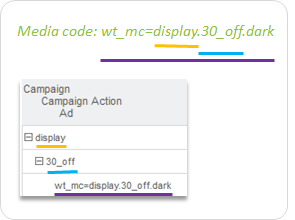 This parameter is appended to the target URL with a question mark.

If the URL already contains a parameter, use the "&" symbol to insert the Mapp Intelligence media code.

There are 2 ways to track campaigns in Mapp Intelligence.

It is worth tracking campaigns automatically. If additional banners are to be activated in the future, they will be added as new ad media without any further actions necessary.
In Mapp Q3 click on Configuration > Marketing Configuration. Then click New Channel in the tab Automatic Ad Media Tracking.

We configure the channel as follows (only the adjusted fields are explained): 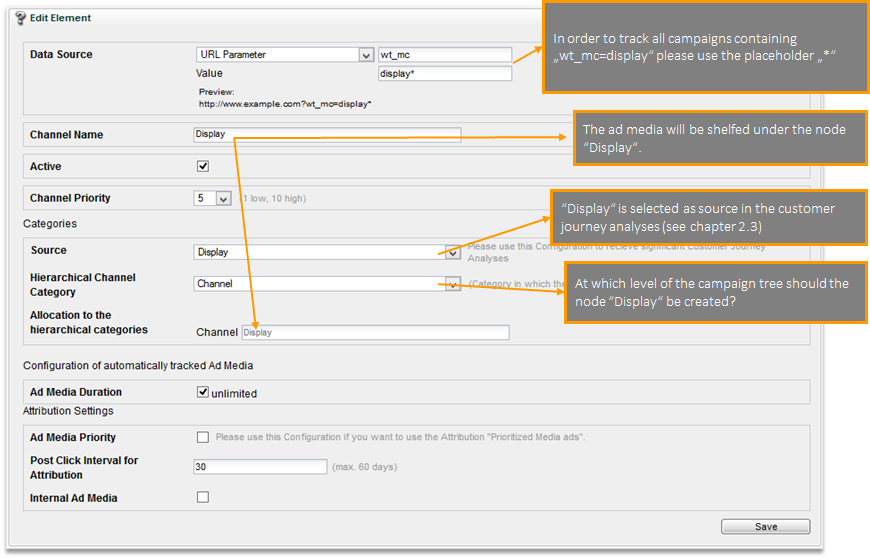 After saving you will see the channel that has just been created:

Alternatively, you can create each additional media code manually as a new ad media. This is worthwhile above all when the media code does not contain any information, which should be displayed later on in the campaign tree.

In our example we use the media code "wt_mc=4711".
In Mapp Q3 click on Start > New ad media. We configure the ad media as follows (only the adjusted fields are explained): 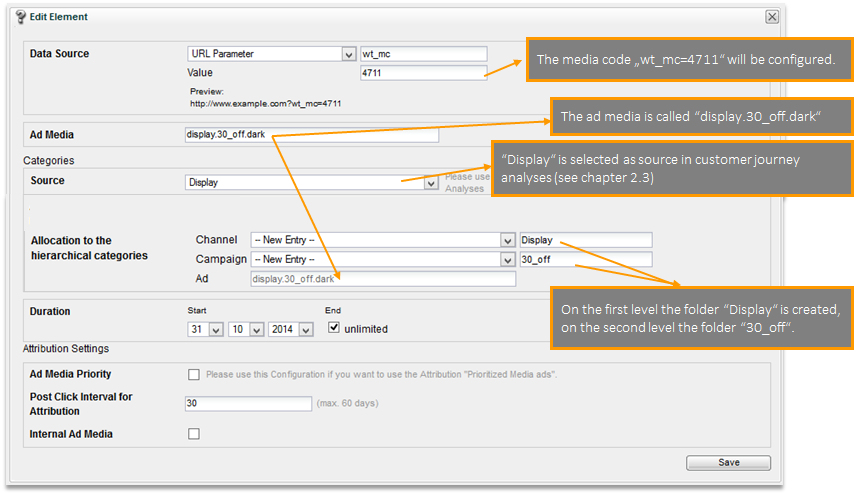 After saving you will see the ad media, which has just been created, within the campaign structure.

As soon as the first campaign click (invocation of target URL with media code) has been tracked, the campaign will be visible in all respective analyses.

Please note that new data is updated at an hourly rate. This leads to a delay between the campaign click and its visibility in the analysis.

A detailed explanation of possible analyses and key figures can be found in the training chapter Campaign Analyses.

We do NOT recommend deactivating campaigns, as they can then no longer be edited or processed. Please set the end date of the ad media to today instead of deactivating it.

Changes to existing analyses will not be visible until after the next data update.

Campaigns are generally used to achieve a specific goal. Please keep in mind to evaluate campaign performance based on desired outcomes, not only clicks/visits/impressions.

In Mapp Intelligence the goal "Order" is predefined. If you track orders (e.g. in the section Mapp Intelligence > E-Commerce > Individual orders), those can be analyzed in a campaign context.
Alternatively, other goals can be defined as website goals (e.g. newsletter subscriptions, registrations).
The achievement of website goals can be analyzed across multiple visits.
In our example the booking of a Knigge seminar is tracked as an order.

If a user uses multiple campaigns, the issue arises as to which campaign resulted in the achievement of a website goal. Mapp Intelligence supports multiple attribution models.

Often the last tracked campaign should be viewed as the conversion transformer. In the marketing configuration, this is set as the default.

You can also determine which campaigns should be taken into consideration for the attribution modeling.

If – as in the example – "Direct entry" has not been activated, this campaign will not be considered as the conversion transformer for the website goal.
If you use e-commerce key figures (in the example conversion rate, qty of orders, order value, and avg. order value) in the campaign analysis, these will always be calculated using the default attribution.

In our example, "Bing" was used as the last campaign prior to the order in 121 conversions.

Customer journey analyses show the sequence of campaign contacts prior to achieving a website goal. Ad media or traffic sources can be analyzed for this purpose.