Microsoft Power BI is a data analysis tool that allows users to generate different graphics and reports for data analysis and business intelligence purposes. Data can be imported to Power BI from sources such as:

If you store your analysis data on SQL Server, MariaDB, PostgreSQL or similar, Kafka Connect should be an alternative to consider.

Here is how a typical set-up would look like. 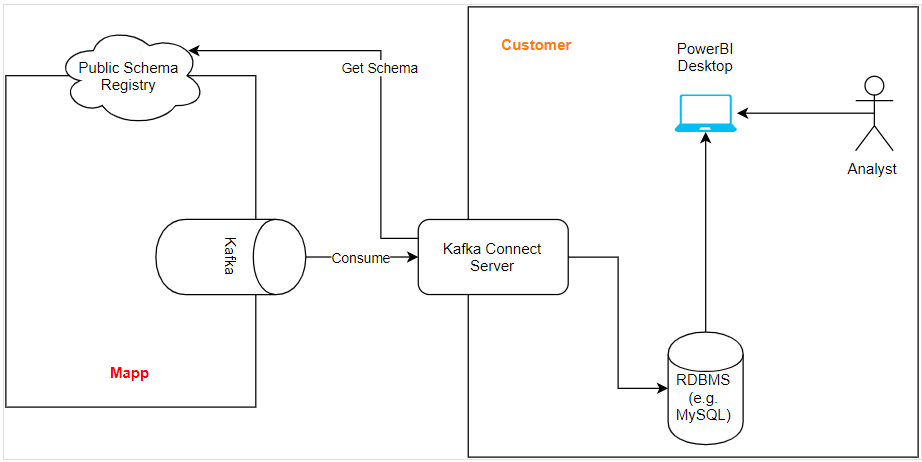 This will be configured to consume from Mapp Public Kafka and to write the events into the Database of your choice using the JDBC Sink Connector for Kafka Connect (Confluent Community License) in an appropriate table form. Then the data can be read from Power BI Desktop. 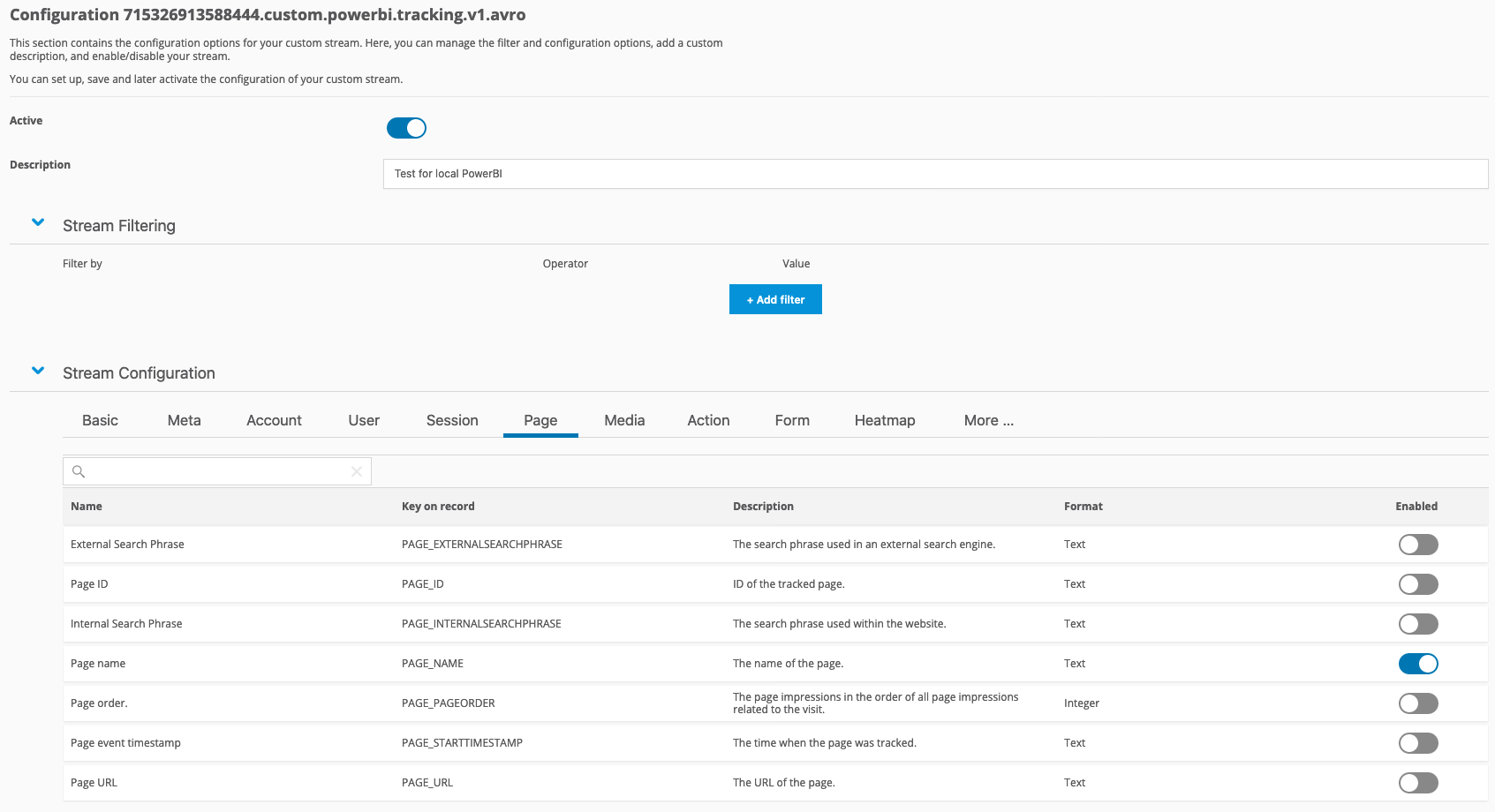 2.3.3 Setting Up The Kafka Connect Configuration

Create the database powerbi that we defined in the JDBC connection string in our database. For MariaDB, you can use MySQL Workbench or another tool of your choice.

Prepare the JAAS file, for instance client_jaas.conf, and place it in our Kafka setup folder.

Example (using Kerberos (GSSAPI), you will use SCRAM-SHA-256).

2. Get a Kerberos ticket for authenticating. This is usually done using kinit:

3. Run Kafka Connect in Standalone mode (assuming you are located in the Kafka folder and you have placed both configuration files under config):

4. Wait until Kafka Connect Standarlone boots up. Below is an example of what you will see once this is done.

2. Use XXXX to set some time to track our requests in the result.
3. Check if you see the requests in Kafka. 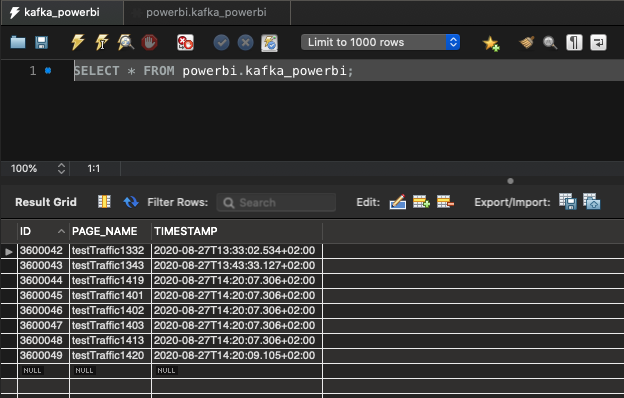 If you prefer Power BI Cloud over Power BI Desktop, and have an Azure subscription, you can follow the same steps as for the desktop version, and use Kafka Connect to pump the data into an Azure SQL Database. Add Azure SQL Database as a Power BI data source and create the dashboards and reports from there.

If you don't have an Azure, nor a PubNub subscription, you can still use the HTTP API to push data into Power BI. However, this requires building a custom component that reads the data from Kafka and pushes records to Power BI Cloud via the HTTP API.

The Confluent HTTP Rest Kafka Proxy is not suitable for this task since it is a pull-system. This means that it can be called to consume data form Kafka, but does not push data anywhere by itself. 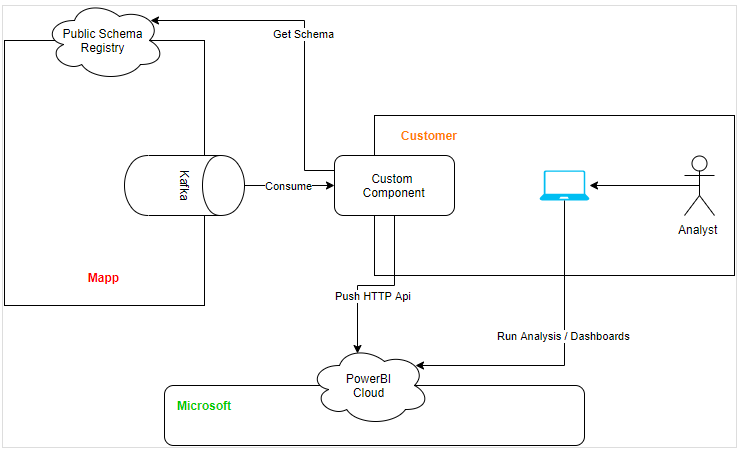